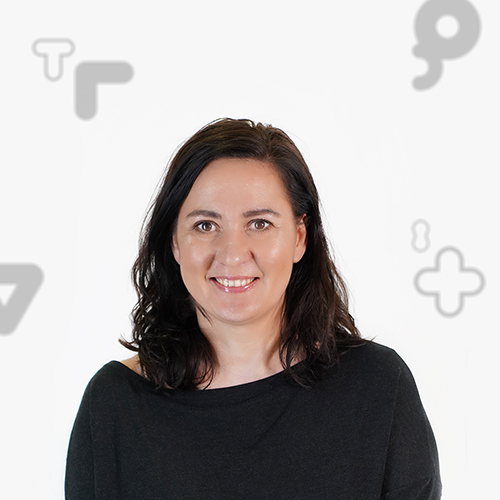 Influencer marketing is huge. It surpassed print advertising way back in 2016, which is a lifetime ago by influencer standards, and is currently one of the fastest growing methods of acquiring new customers, projected to become a $10B industry by 2020.1

But is it really worth investing your time and resources in? Can influencers drive meaningful ROAS and even outperform traditional advertising channels? Yes and no. The truth is, influencer marketing is a lot of hard work and may not be a good fit for a lot of brands.

Our own experiences working with influencers over the past three years have been a mixed bag. We had our successes, but also a few disappointments. Along the way, we learned the ropes and realized that the road to success features a lot of trial and error. We’re still trying new things all the time and with 92 million total views of video content generated from influencers, we think we’re on the right track.

But before we dive into how to effectively work with this emerging class of celebrities, let’s answer a simple question.

Why is there so much hype around influencer marketing?

For younger generations, influencers are the new movie stars. 70% of teenage YouTube subscribers say they relate to YouTubers more than to traditional celebrities.2 In our case, we’ve figured out this is the best segment to target directly, but teenagers aren’t the only audience we reach through influencers.

When you reach someone through a medium they love and give them awesome content that feels authentic, they spread their excitement to everyone around them as well. As a family entertainment company, that’s what we’re really after – finding our place within the whole family.

As far as market size is concerned, the future is bright for influencer marketing. A quick look at Google Trends shows that it is picking up steam compared to other types of advertising at a crazy pace.

And there are a lot of people out there to influence:3

What this boils down to is that influencer marketing presents an opportunity to reach a lot of people in a way that is meaningful to them. But that’s something that’s being touted at every corner. The other side of the influencer marketing story is that, while there are a million ways to do it right, there are a billion to do it wrong. We don’t know what will work for your brand, but there are a few things we’ve learned about working with influencers that can definitely help.

To reach your goal… you must have (exactly) one

The first time we tried working with influencers, it was a small test targeted only at the Spanish market. We got two YouTube influencers to create a dress for the My Talking Angela game together and showcase the game to their audiences. We LOVED the results. It was our first influencer marketing test and the videos had over 350 000 views in the first 14 days (and are sitting at over 2.4M views today), while also driving notable WoW increases in game downloads.

Since the first test worked out so well, we decided to kick it up a notch. To accompany the release of My Talking Hank, we scaled up to 10 influencers in 5 countries. This was now a major operation and we had a whole lineup of goals we were going to achieve with the campaign. Each influencer was going to deliver a whole basket of our carefully crafted messages right into their audience’s laps, giving us epic reach, driving millions of downloads and just generally converting everyone into engaged users. That’s a bit of an overstatement, but really just a bit.

Because we had so many goals and different markets to target, we ended up achieving a little of everything and a lot of nothing. What we’ve learned since then is that it’s absolutely essential to have only one clear goal when working with influencers. For us, what works is to just focus on getting as many eyes on our brand and games as possible and measure success based on views. Of course, our end game is to drive installs, but the best way to get there isn’t always that direct.

That may not be the case for every industry and brand, so here’s a list of goals to consider:

You’ve got to figure it out on your own and the only way to do that is to keep trying to see what works. This brings us to our next point.

The way forward… may be to the left

Since the early days of My Talking Angela and My Talking Hank, we’ve had a few more ups and downs with our influencer marketing campaigns, but the best experiences were always the ones where we took an extra innovative approach. It worked straight off the bat for Talking Angela – two influencers created a dress for her. That was awesome content, because making a dress is authentic for Talking Angela and it was something new for the influencers at the time. Today, innovation in this space is a bit harder to come by. But the key to progress is to always keep testing new things.

Our most recent dive into influencer land was a cutting-edge CGI project that brought Talking Tom himself into the world of two US mega influencers. Sounds complicated? That’s because it was. This project took an insane amount of work to organize and produce, but the result is an authentic video that pushed the boundaries of how brands can collaborate with influencers. It was something new for us, the influencers and, most importantly, their audiences.

The response was great. The numbers were a lot better than our projections and at the moment, the 4 videos from this campaign have a combined 64.5M views. But the real treat was seeing people react to the videos we created – not just that they didn’t mind watching sponsored content, the fact that it was a paid collaboration made the videos even more appealing, as it was an innovative blend of our brand and the influencers’.

That doesn’t mean we’ll be bringing out the full CGI arsenal for every influencer campaign. Next time, we’ll probably go for something a little less complex to pull off, but whatever it’s going to be, we’ll try out something new and keep our fingers crossed that it works.

The secret ingredient… is to know your place

The number one thing that separates influencer success from suckiness is authenticity. Audiences are smart, so don’t underestimate them. If you try to advertise your products too much, they’ll know it’s not real and will tune out. The way you make it authentic is to just let the influencers do their thing.

When we started out with the My Talking Angela campaign, we didn’t really know much about working with influencers, so we gave them quite a bit of freedom around what to do in their videos and it worked out nicely. The second time around, with My Talking Hank, we had a whole checklist of demands and opinions on what should be in the video. We negotiated with the influencers to get them to say and do exactly what we wanted. But that wasn’t what their audiences wanted to watch.

Influencers gain the trust and loyalty of their audience by forming an authentic bond with them. They are the ones who know their audience best and their number one priority is usually creating great content for the people who watch it. Our goal as influencer marketers should be to help them make even better content, not stuff our messages and objectives in there even when they don’t fit.

Influencer marketing may not be a good fit for you no matter what you do –  this isn’t a magical marketing solution and you shouldn’t work with influencers just because everyone else is doing it –  but letting go a little will do wonders for your chances of success. So our final piece of advice around working with influencers is this: Make sure your brand gets its moment in the spotlight, but then back off and let them do their thing. It just works out better for everyone.

And if you’re still wondering whether influencer marketing is worth the hype, all we can say is this: Yes and no. Just remember to have one clear goal, keep testing new things to find what works for you and know when to back off to keep it authentic.

Making My Talking Tom Friends part 3: How we put together our biggest game launch yet