By Monika Šimec, Senior Product Marketing Strategist in cooperation with our distribution team

Distribution suffers from a misconception that no other part of the gaming industry faces: the idea that there’s a quick fix or secret, or hack you can use to get your game to top the charts. At Outfit7, we pulled off our most successful game launch ever this year, as My Talking Tom Friends became the most downloaded game of the summer, worldwide. A large part of that success was that we used a holistic approach to distribution that started almost two years before the game actually launched.

If there is a secret to our distribution success, it’s this: we don’t treat the distribution as a separate service that you add on top of a game once it’s finished. Instead, we start thinking about how the game will resonate with our audience as early as the ideation phase. Our distribution team joins the project right at the start, which allows us to find the right messages to present the game in a way that appeals to our players but is also organic and authentic to the game itself.

In the case of My Talking Tom Friends, the results speak for themselves. Of course, crafting the right messages is far from the only factor behind the game’s success, but that’s where our distribution journey starts. 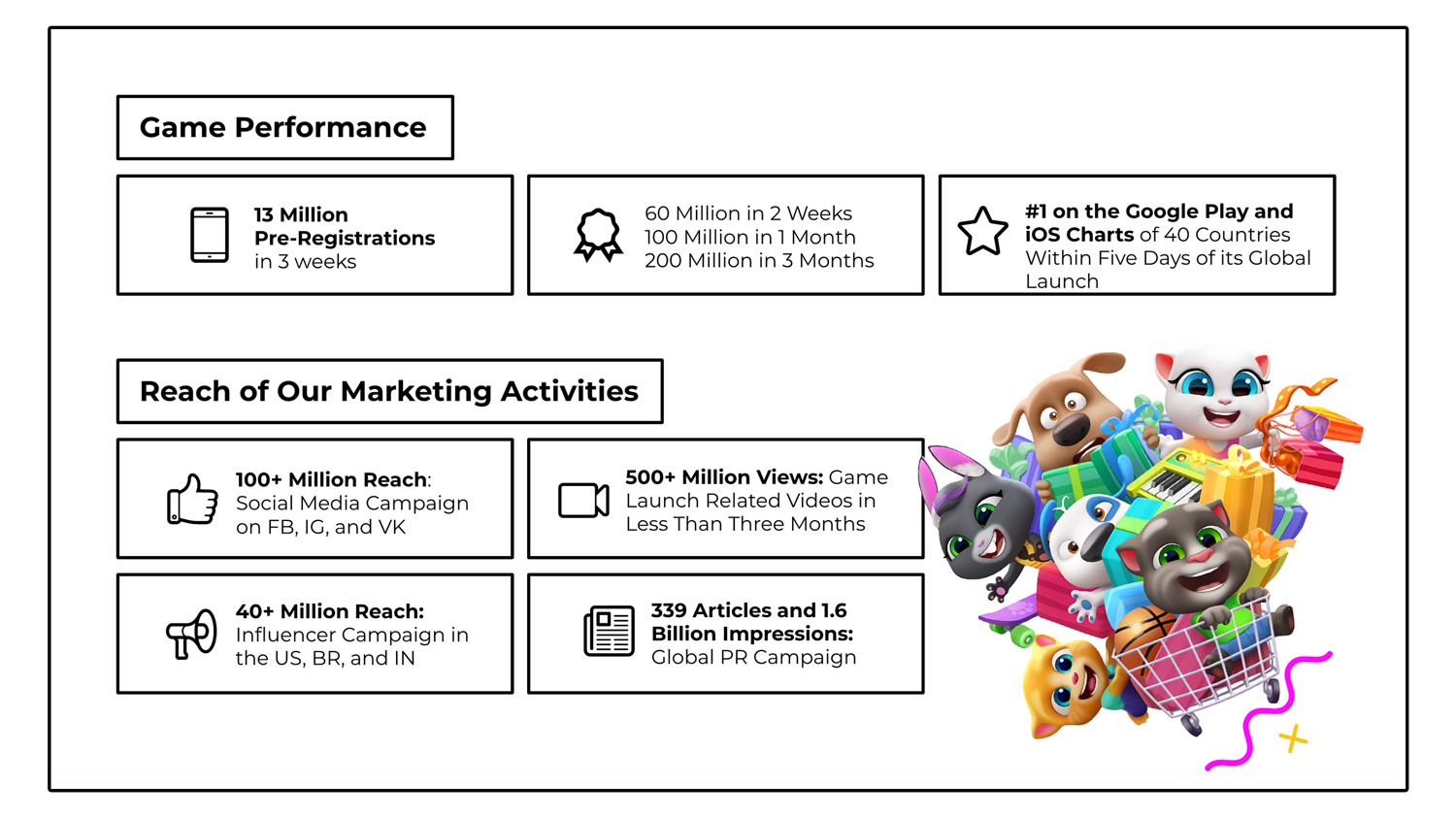 How we discovered the game’s message

In the case of My Talking Tom Friends, one thing was obvious from the start: having all of our beloved characters together in one game would be the main factor that appeals to our established user base. Our players had clearly let us know they’d like to see the characters come together and interact with each other and we had flirted with the concept for years. Now that we decided to build a game around it, there wasn’t much doubt in our minds that this would be a major part of our distribution messaging. However, this approach wouldn’t really work for new players, who were not familiar with the Talking Tom and Friends characters yet.

To not only engage our existing audience but reach new players and customer segments, we needed to take a closer look at the game and find an accurate and appealing way to present it.

We ended up forming a strategy around main audience groups and focused on one key idea for each of them.

We communicated each of these core ideas through a range of messages spread out across channels. By having a clearly defined core idea, we could ensure that our messaging was consistent throughout the process. Just as importantly, this allowed us to apply highly creative approaches to the game’s distribution messaging without losing focus on what we wanted to say to our players.

Once the message was clear, we applied it everywhere

The difference between My Talking Tom Friends and our previous game launches is that this time around, we were able to reach a very high level of consistency across all channels. Our creatives – both the messaging and imagery – were unified across user acquisition, social media, video content, and PR efforts. We had taken this direction with other games before, but this time we were more determined than ever to tell a unified story on all channels, even though each of them has a set of rules of its own which make it impossible to use the exact same materials. 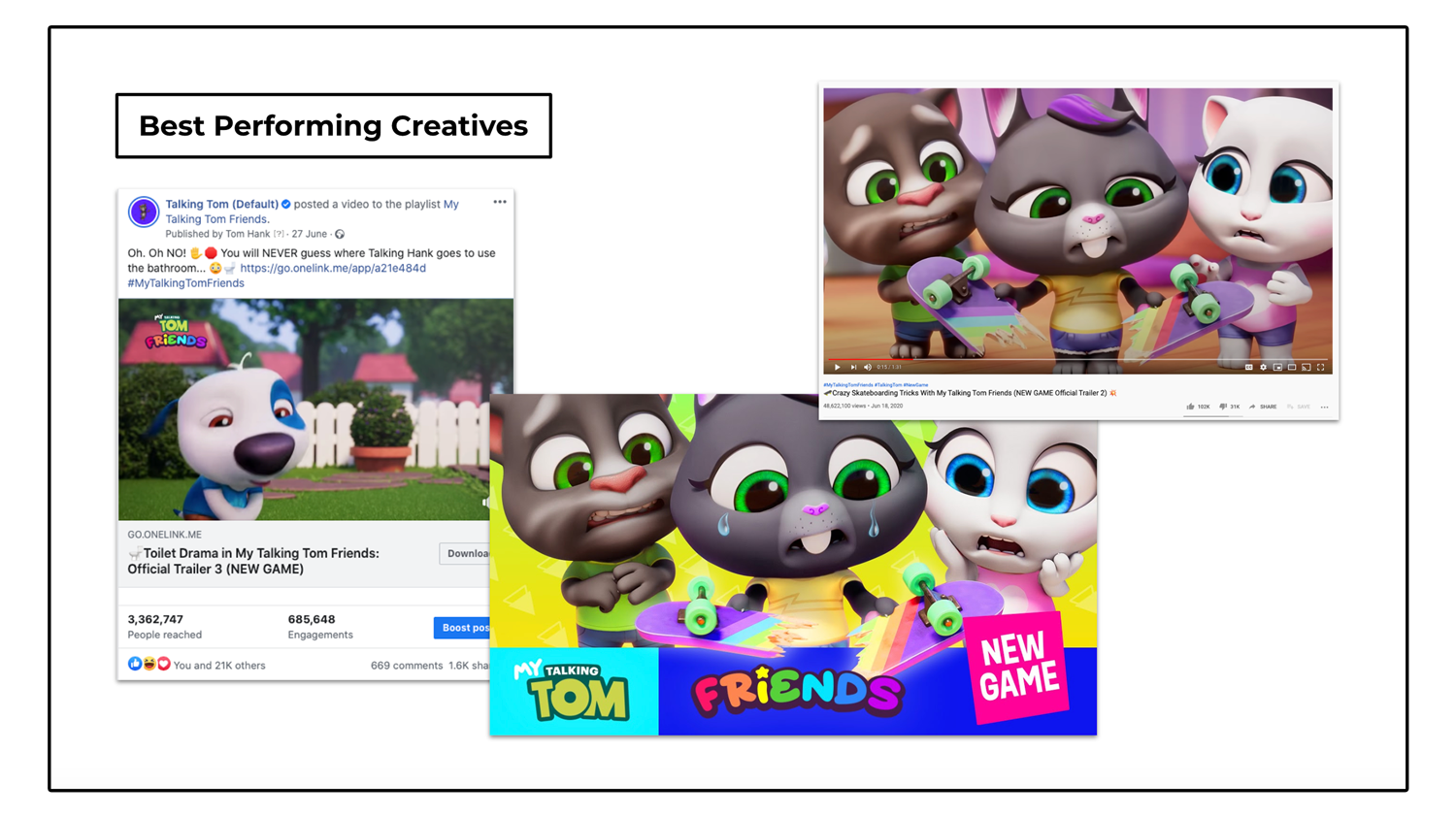 We went local to make a global hit

Distribution is the front line of contact with players. We only have a moment to communicate why our game is worth the user’s time and get them excited enough to try it out. That’s why the messaging is so important. But what works in one part of the world may not work in another.

That’s why the final step in our 360° distribution approach to My Talking Tom Friends was to take the unified story we had prepared across all channels and localize it to key major markets.

Though the broad strokes were the same, people in Brazil didn’t get the exact same messages as people in the US. A lot of it is just language differences, but minor modifications were made to the messages and visuals as well, based on what we figured out works best for each market. 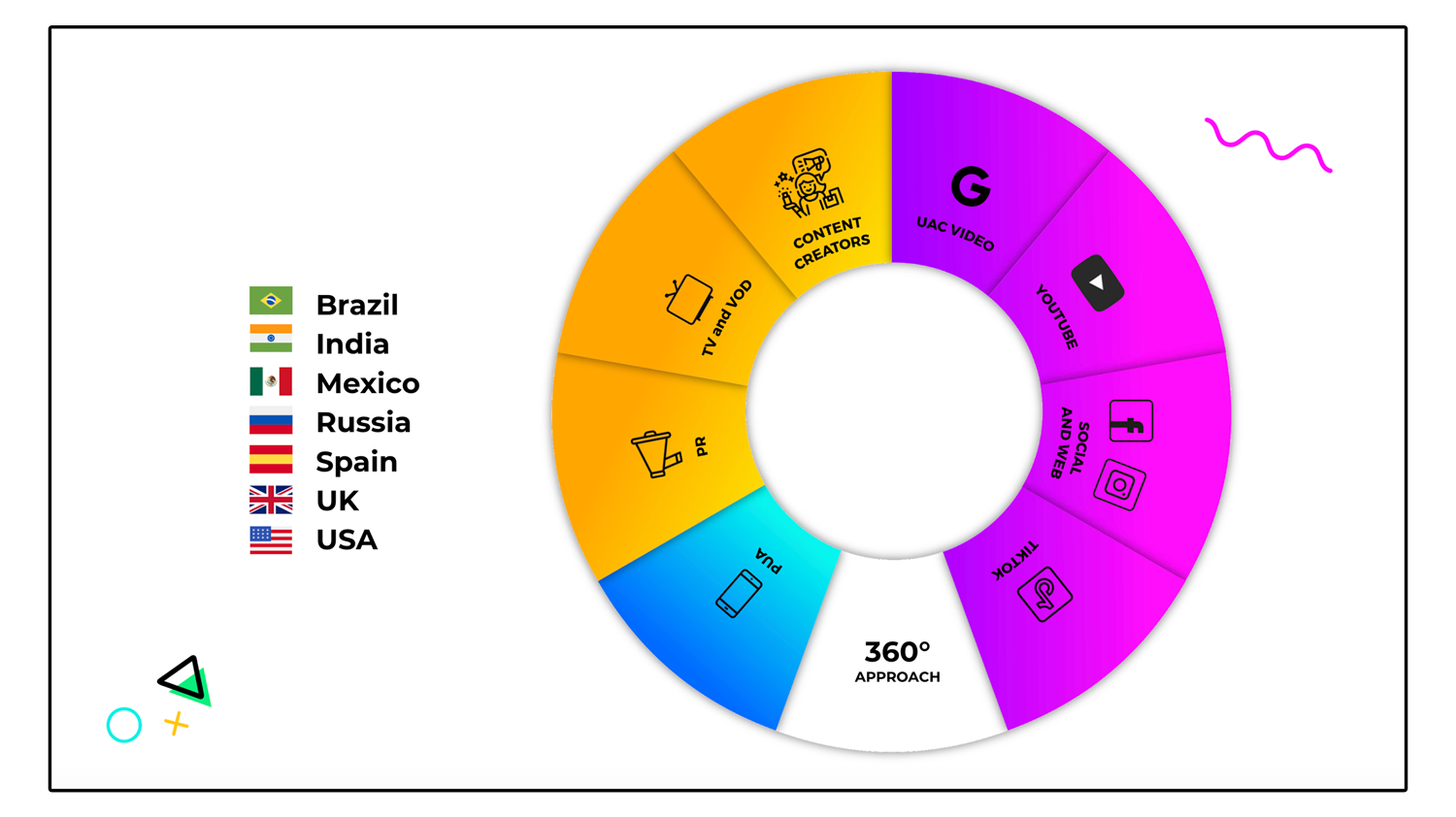 In the end, the biggest focus falls on our players. What aspects of the game are most important to them? What do they find appealing? How do people from different cultures respond to different messages? We carefully tweak our distribution approach to clearly communicate what our game is about to each target segment in each key market. But it would be wrong to claim that distribution is just about what the players want to hear. That could quickly make our communication come across as fake or unauthentic.

By using a holistic approach to distribution, from the core messages to the visuals and how that all translates to different channels and audiences, we made sure to present My Talking Tom Friends in a way that is fun, appealing, and true to the game itself. And that has made all the difference. 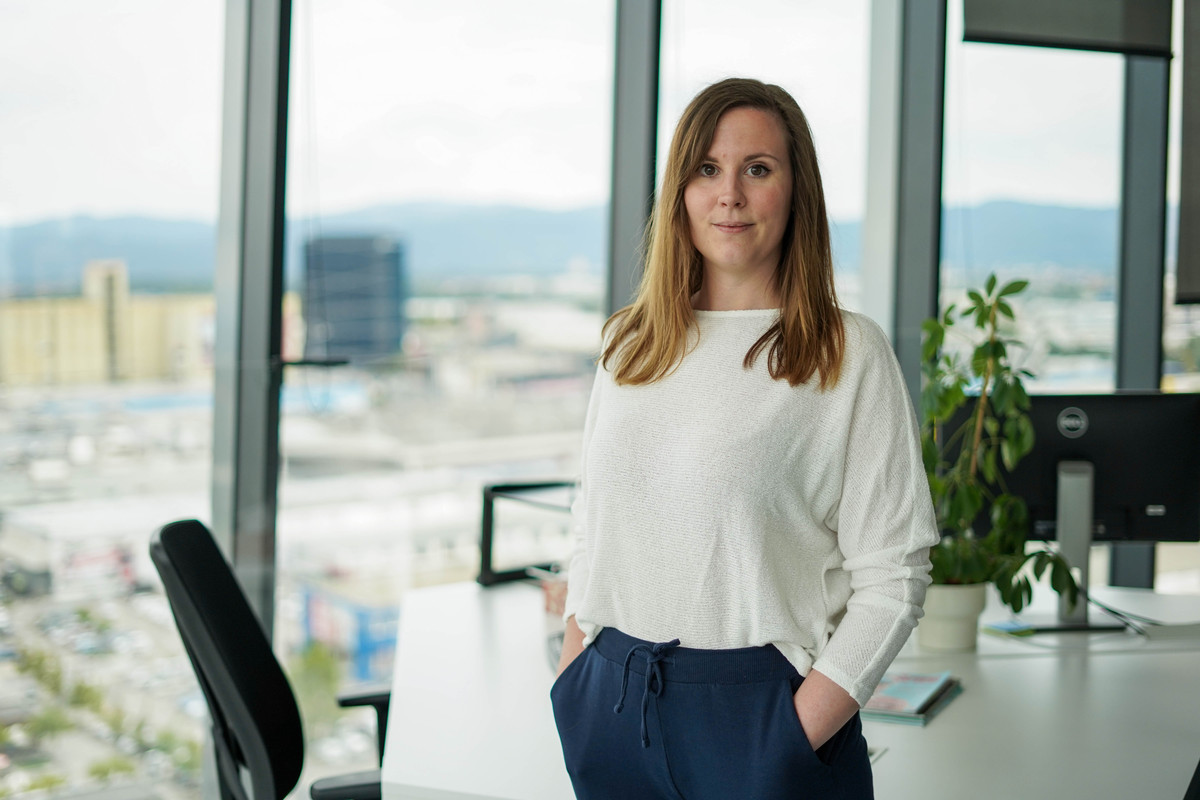