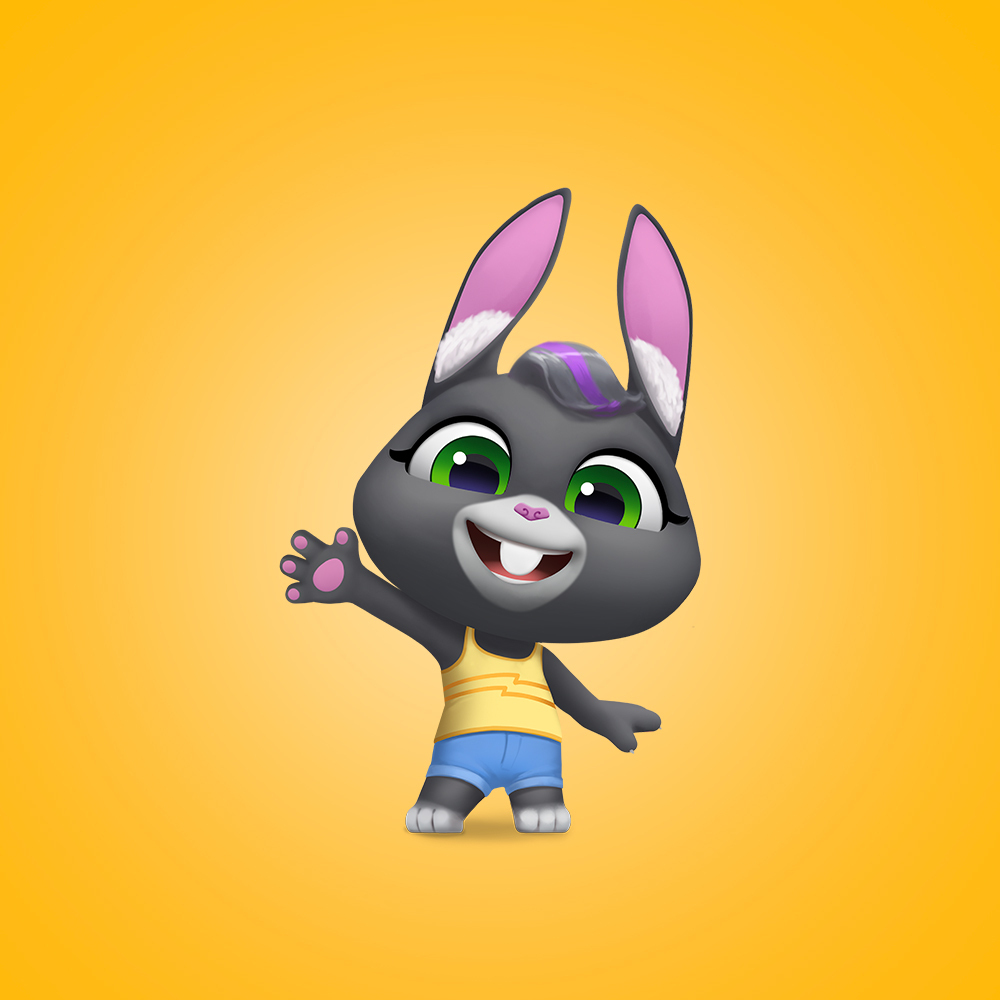 When Eran Alboher was interviewing to become Outfit7’s Senior Art Director, his expertise test was to draw a new character for the Talking Tom and Friends brand. He came up with a gray rabbit and, unknowingly, ended up drawing one of our main characters before he had even officially started his job! But it would take a few years and a lot of strategic planning before Eran’s character drawings would come to life as Talking Becca.

A great idea is essential for a great character. But we don’t create new characters just because we’ve got great ideas for them. We’ve assembled an outrageously creative team at Outfit7, so there are always plenty of ideas around. If we pursued them all, we’d have hundreds of characters! From a branding and business perspective, that would probably be a bit of a mess.

Our core group of characters, who star both in our games and our animated series, used to be composed of Talking Tom, Talking Ben, Talking Hank, Talking Angela, and Talking Ginger. That’s a relatively limited group, if you take into account that their games have been downloaded 13+ billion times and their shows and videos have 56+ billion views. There’s a reason we’ve been careful about introducing new characters to the group.

Why would we introduce a new character to an already established group of five?

The main thing we search for in a character is appeal. Each of the Talking Tom and Friends characters has a distinct personality that appeals to a certain target audience and complements the other members of the group. It’s a delicate balancing act between strengths and weaknesses, interests and moods. When we introduce new characters, we have to make sure that they have a distinct appeal of their own, because that’s what brings in new audiences and allows us to keep growing. But we also have to make sure the character appeals to our existing audience; they have to mesh with the group in an organic way. Getting this right requires strategic thinking.

To create appeal for characters, it’s important to put them in narratives. You need situations that show who they are, what they stand for and, most of all, you need character arcs built around relatable frustrations that the audience can identify with. That’s where our animated series comes in.

By complementing our lineup of games with an animated series, we were able to develop our already beloved characters, giving them even more depth that evolved over time. After almost seven years of the Talking Tom and Friends series – which is now broadcast on YouTube, streaming platforms and TV channels all around the world – we’ve created a universe where our audience feels at home and the characters are like good friends they grew up with. That’s real appeal. It brings commitment from our audience, but it’s also a big responsibility for us. Because, in order to keep expanding our brand, we need to do it in a way that fits what we’ve already created like a custom-made glove.

It’s all about making the personalities fit

After taking a careful look at the world of Talking Tom and Friends, we decided that we could tell interesting new stories, develop our existing characters even further, and establish more female representation to the group by introducing a new friend.

“When we talk about our characters, we want to make sure we’re not generalizing or just using familiar labels. We take a broader view of it all… From how characters act to how they look and fit in with the other members of the group, it’s all driven by personality.”

We approached Becca’s character in terms of her role in the group first and everything else followed that. To create contrast between all of their personalities, we made Becca cool, witty, nonconformist, and fiercely independent – a bit of a rebel whose tastes don’t fall in the mainstream. When that was set in place, we looked at how else she could help us expand our brand’s appeal. That’s when we decided it was time to bust out Eran’s old rabbit drawings. We had dozens of other character ideas ready, but that gray rabbit somehow just fit. So we had the basis for Becca’s personality and we had a core visual look for her. Then we dug in on the polishing.

We’re not done until we love it

When we talk about polishing a character, we don’t mean doing hundreds of hours of research and market analysis. That can help, but it won’t give a character the spark it needs to come alive. You can’t force an audience to fall in love with a character. And you can’t trick them into it. After all the research and planning is done, there’s still an element of surprise in how your audience is going to respond to a new character.

Luckily, Becca was a smash hit from the start! We think the reason her appeal is so strong is that, after all of the stakeholders at Outfit7 were aligned on how to position her strategically, we polished her character until we were completely confident she had that spark we search for in all our work.

“I’m sure we could never have created a brand whose appeal translates to every single country in the world if we didn’t think that the characters we’re making and the stories we’re telling are awesome! We never work on projects we’re not passionate about or put out anything we don’t like ourselves. We never compromise on the quality of what we create.”

We could have produced our animated series with half the budget we actually used. We were a relatively small games studio when we started production, so that would have made business sense. But we decided that our show would be world-class in every way. We could have filled our YouTube channels with user-generated content and raked in views in the short term. But we decided to keep total creative control of our official content. And we could have pumped out more characters and put them in more games. Instead we chose to grow more organically. As a result, we’ve now got a range of high quality channels that subscribers love and that consistently rank highly in searches.

Our focus has always been on building a holistic presence across entertainment platforms, so we’ve made strategic, long-term choices when it comes to how we develop the Talking Tom and Friends brand. Now, when we visit large industry events, where both the big players and upcoming entertainment brands are present, we realize we have exactly what everyone wants: a range of characters that appeal to different audiences and complement each other, and who are present on a wide range of platforms, from games and shows to toys and theme parks. That’s really hard to construct. But while it took a lot of strategic planning, it still feels like it all happened very organically for us, because we’re both listening to what appeals to our audience and creating things we love ourselves! 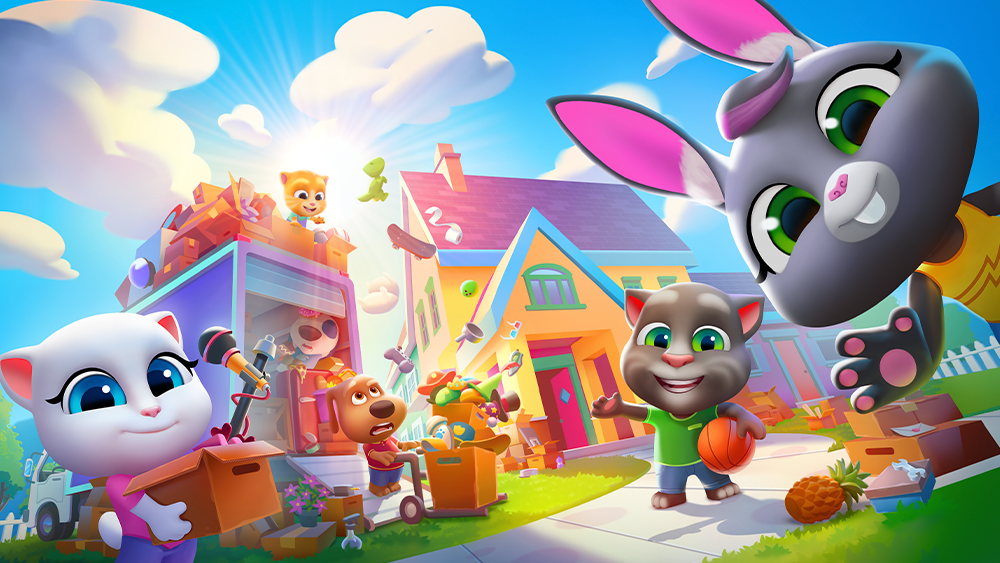