Looking at the movie of my life, the progression all makes sense. I never had a big goal in mind, I just went with the flow. But I trusted my intuition, and it always led me to where I was supposed to go. Creation is my life – I paint, I write, I compose. I create, it’s just what I do. So looking back on it, becoming a Game Designer made total sense. Helping people have fun and transporting them away from reality, for even just a few minutes, is what makes me happy every day and gives meaning to my job.

My path to games started 15 years ago

Back in the “before games” period, I was in an advertising agency, leading a small team. But I wasn’t happy. So I quit. Just like that. But you know what? I think we’re all far more capable than we think. We can make bold moves, we just have to figure out whether it’s worth it. For me, the minute I realised I wasn’t happy, that was it. I quit without knowing what would come next. And then I came across a Masters in Game Design in Madrid, and I thought, “why not”? I love games. So I took the opportunity.

This was around 15 years ago. The Master I did was actually one of the first formal educational courses in game design, and there were only three people on it – myself included. With so few people, we were lucky they didn’t just cancel it right then and there! Now, all these years later, I’m in a position where I can give back and help people just starting out. I mentor people at Outfit7 and I’m helping a university that’s developing a Masters in Games. I’m loving it.

The games industry is always changing

It’s amazing how far and how fast the games industry has come over the past 15 years. At the level of the games, the difference between what we did back then and what we do now can be summed up in one word – data.

In some of the companies I worked for at the beginning, we were told whether we’d be creating a game for kids or adults. But that was about it! Our knowledge of our audience and the analysis of the data we had just wasn’t deep. I found this hard to understand at the time. I mean, I’d come from a background in advertising where the audience was king. Step by step, real knowledge of the audience became more and more important, and the data followed. But back in those early days, the companies I worked for didn’t do play tests before a game release, for example. It would just go out into the world and you’d wait and see what happened. You were basically totally blind until release. It was really risky.

Things are so different now. And Outfit7 is such a different company to work for than others in the industry. I mean, we have such deep, deep understanding and knowledge of our audiences. We have the data from a whole portfolio of popular mobile games and we use it to improve our existing games and create new ones that our players will love. But that’s not all. As a company, we go even further still, and that’s where Outfit7 really shines. We don’t just grab the data and apply it. We learn from it.

The culture of game creation here is amazing. The game designers collaborate on every game we make. Right now, I’m working on Talking Tom Gold Run 2. I’ve been involved since the beginning, researching and pitching in with ideas. It was great to have that opportunity. There were some things we knew from the start – it was going to be a runner, for example, and it would star Talking Tom and the other characters – and that was really helpful. I think creativity flows better when you have a few fixed points. But there are no limits here. In other companies, a designer might just work on one game or one genre for years. At Outfit7, we all bounce ideas off each other and give each other feedback – across teams and genres and franchises and game studios. We do this every week. There are no siloes here. It’s all open.

This is so, so important for me. I’m a sponge – I want to learn as much as I can, and there’s such a lot of that here. That’s what I love about Outfit7. There are so many people that inspire me here, and so much to learn. And curiosity is vital to creativity. It’s a great environment. We’re all making each other, and the games we create, better.

Representation, imagination, and inspiration – my hopes for the future

That sense of inspiration is another reason why I’m so excited to be working in this industry and helping out with the Masters course. Mainly as a woman, I want to show other women that working in games is possible. In this industry, there is a lot of room for improvement regarding gender diversity.

When I was growing up, I just didn’t see women in gaming, so I thought that working in games would be an impossible dream. But then one day I was playing a game I loved and I saw a woman’s name listed in the credits as a game designer. And I started looking into it, looking for more women. They weren’t as visible as the big names I knew, but they were there! And that really impacted me. It’s so important to have role models and representation. To see someone who looks like you – whether that’s due to your gender, ethnicity, or disability – doing something you want to do, that lets you imagine that you can do it, too. And imagination is a powerful thing. It gives you hope.

There’s a great energy in the games industry right now. There’s a will to do more. To get more people involved. To go further. I can feel it. We’ve got a new generation coming in and they have new ideas. They can learn from us, and we can learn from them. It’s an exciting time, and I can’t wait to see what the future will bring. 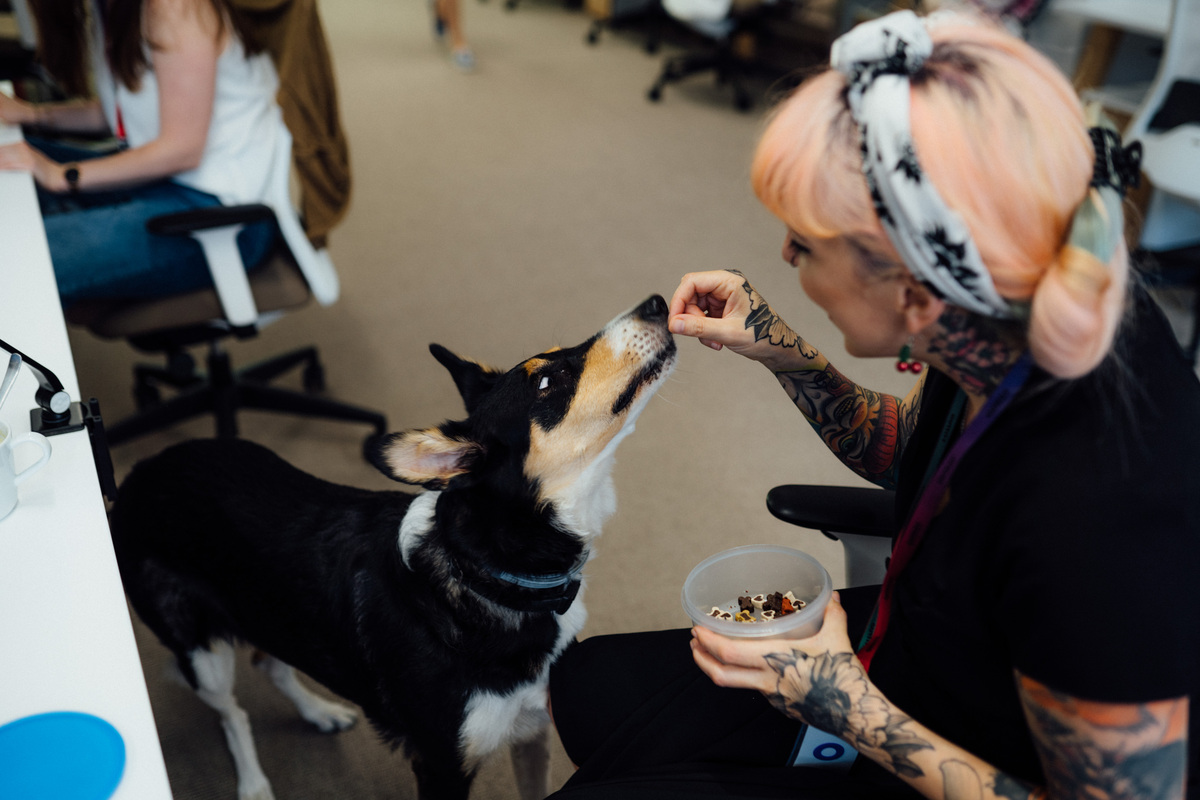