In order to make great products, you need to know all about them, all the way through, from top to bottom, inside and out. That’s where analytics come in.

When a game works as it should, you don’t see the strings. It’s seamless. You just enjoy it! But behind the scenes and in development, it’s a different story. The analytics team at Outfit7 deals with 4TB of data every day. But it’s not just about the amount of data, it’s also the number of projects that we’re involved in. Daily, we produce plots and stories for the product managers of released games, we define what we want to track in yet-to-be-released games, we manage PUA campaigns so our launches are successful, and we’re deeply involved in the production of our internal ad mediation system. And those are just a few of our most important tasks!

We might use data to test a new feature or see how many users use it. Or we might use it to get a sense of how many users win a match or make a purchase. We work with product managers to figure out what questions they need answers to. We help with the direction of games. We track the daily active users, retention, engagement, monetization… And the more important the feature or element, the deeper we dive. It’s all in the numbers.

I joined Outfit7 back in 2015, back when I was studying mathematics. I love numbers, so it wasn’t even really a question of whether I’d study it, I just knew I would. But when I got to the university it was more difficult than expected, and that took a toll on me. My self-esteem was pretty low at the time. Then one day I saw a flier from Outfit7 on the faculty door asking “Do you like big data” and there was just this voice in my head that said “YES”. So I applied. I didn’t tell anyone though because it felt like I was taking this huge step in a new direction and I really didn’t want to jinx it. In my head, there was just this run of questions like, “What if this is it? What if this is my dream job? What if this is the place where I find myself? What if this is the place where I can really be myself?” And you know what? It was.

Looking back at those early days, I’m really grateful. The company believed in me at a time when I didn’t really believe in myself, and it gave me the most amazing opportunities. First with my job as a Junior Quality Engineer, and later as I moved up through Data Scientist roles to my current position as the Senior Director of Analytics.

I’d been with the company a few months before the Analytics department was actually created. Before 2015, it didn’t exist in our company. From the moment it was formed, it started growing and adding value and changing how we make games here. 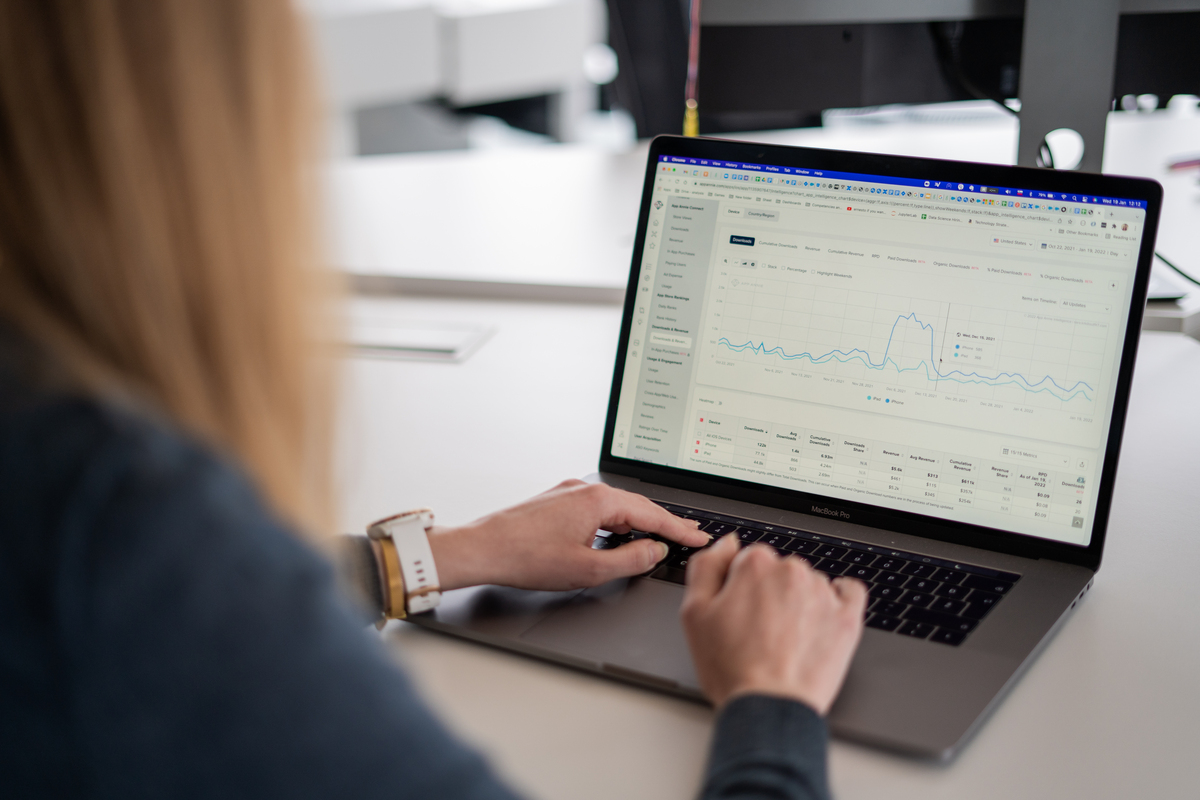 I remember one of the first games I worked on was a bubble shooter. It was a competitive game and we played against each other in the team and we loved it, but it had bugs. I found around 10 in one sitting, so I went to a developer and sat with him the whole day to fix them. At that time, we were basically showing people what we can bring to the company, you know? We saw an issue, we figured out how to fix it. Slowly but surely, we showed people what we can do with the data – all the things we can learn, all the problems we can fix, and processes we can improve. It took time, but we have the trust of the company now. We’re really embedded in the company.

Simply put, the difference is that analysts will prepare reports, and data scientists will tell you what the data means and what to do with it. We’re mainly data scientists here, and as data scientists, we bring everything we know about the company and where it wants to be to everything we do. We use data to help the company achieve its goals. We don’t just reflect on what’s been done. We think about what’s been done so far, and what can be done better next time. And we know how to translate the data in ways other people in the company will understand. It’s not just all tech speak.

To be honest, that business focus is partly due to our roles as data scientists, and partly just the results of the culture here. Everyone at Outfit7 is encouraged to use their knowledge and expertise and creativity to make a difference. We want people to speak up. We don’t just want button pushers. We want change-makers!

As a team leader, it’s now up to me to find more people to join us. There are two things I look out for when hiring – expertise, obviously, and a unique way of thinking. There are certain things you need to know to work in data science, but then there’s the secret sauce. That little something extra. Basically, it’s about how the person thinks, not just what they know. I want to get a sense for that.

After all, we deal with huge amounts of data every day, and we do a lot of A/B testing. That’s not something you see in all companies. And with data you never know what you’re going to get. There are always weird or unexpected things, like noise in the data or something happening with the ad networks. For us, we don’t actually see problems as problems in our line of work – it’s not something that went “wrong”, it’s just something we need to deal with to provide results. So there isn’t necessarily a straightforward “right” answer. Sometimes it’s about coming at things another way, or seeing things differently. Finding a new metric. Or flipping an idea on its head. It’s a hard thing to assess in a job interview, to be honest, because people get nervous. But it’s worth it when you do. We have some amazing people here.

My team is a really great group. Leading them is the thing I’ve been most proud of during my time here. And it’s the thing I never saw coming. When I joined, I never imagined this is what I’d get to do.  As director, I set priorities, but we all have our own projects. Though we’ve recently started doing these infrastructure workshops where we all come together as a team to improve our dashboards and aggregates. Everyone was super excited about it – about working together. It’s kind of like teambuilding, it even kind of feels like a day off – it’s just that it provides measurable results at the end. The ultimate win-win.