A brand new action-packed adventure in the Talking Tom and Friends universe is about to begin… Introducing: Talking Tom Heroes! 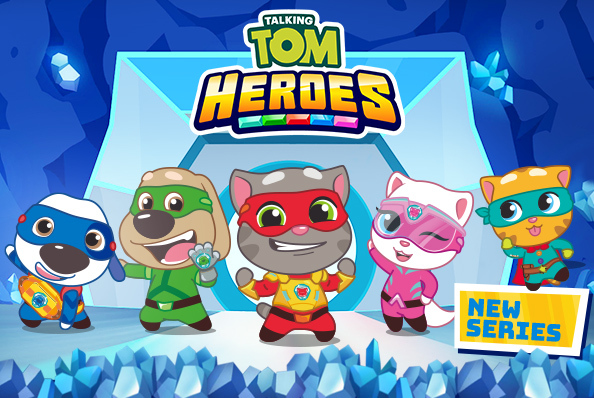 Thanks to a few super-upgrades, power crystals, and cool new gadgets, your favorite friends have been transformed into a crew of superheroes in our brand new animated series. Super friends and superheroes, they’re here to save the day!

Each super friend has their own special powers, but together they learn that friendship is a superpower – perhaps the greatest one of all! They’re on a mission to protect the city, defend nature, and fight the bad guys. But even superheroes stumble from time to time. They’re not perfect. But they never give up. They just learn from their mistakes and go on to become even better than before!

Subscribe to the new Talking Tom Heroes channel so you don’t miss a minute of the new series.